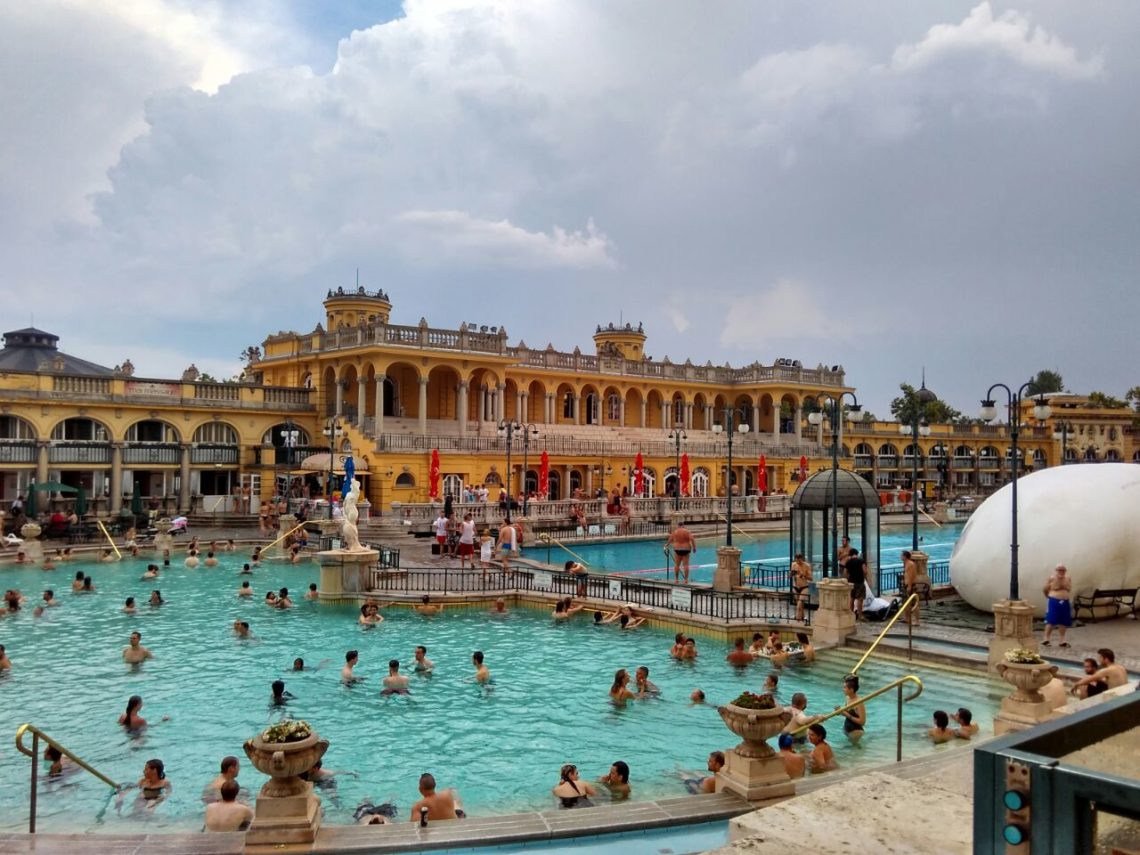 If you are in Budapest, a day at the Széchenyi Baths is an absolute must.

Built in 1913, the baths are the biggest of their kind in Europe with 21 indoor and outdoor pools of varying temperatures, along with various therapeutic saunas and steam baths. It is named after the Hungarian minister Count István Széchenyi de Sárvár-Felsővidék and housed in a very Wes Anderson-style old neo-baroque styled palace.

Back in the early 20th century just before the World Wars had scarred this beautiful nation, Hungary was known (it still is) as the country of baths; the very first baths were built by – surprise surprise! – Roman settlers. Later Turkish settlers added to the ‘pool’ in the 16th century.

Entrance to the baths cost around ‎€ 15 approximately with access to lockers and shower rooms.

Entrance to the baths cost around ‎€ 15 approximately with access to lockers and shower rooms – it is totally worth the price.

Once inside, you can visit any pool or any steam bath.

Our trip to the baths was like a visit to an amusement park. Suddenly, these three adult women found themselves frolicking around from one pool to another – we also joined a limbo that consisted of both the old and the young! 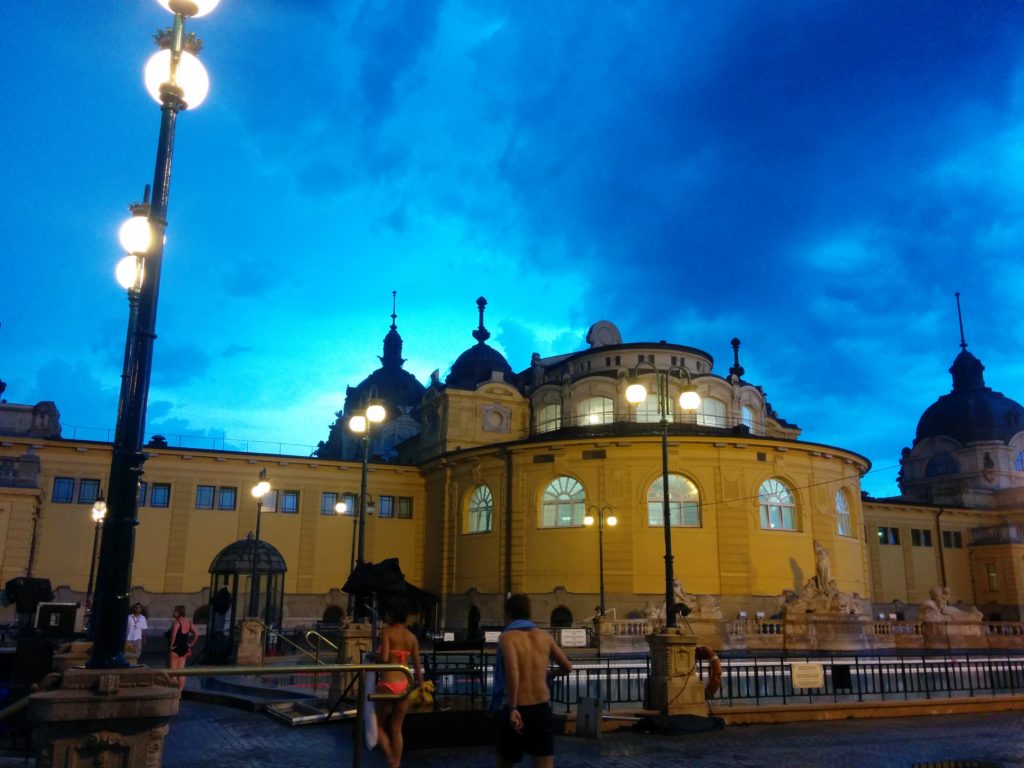 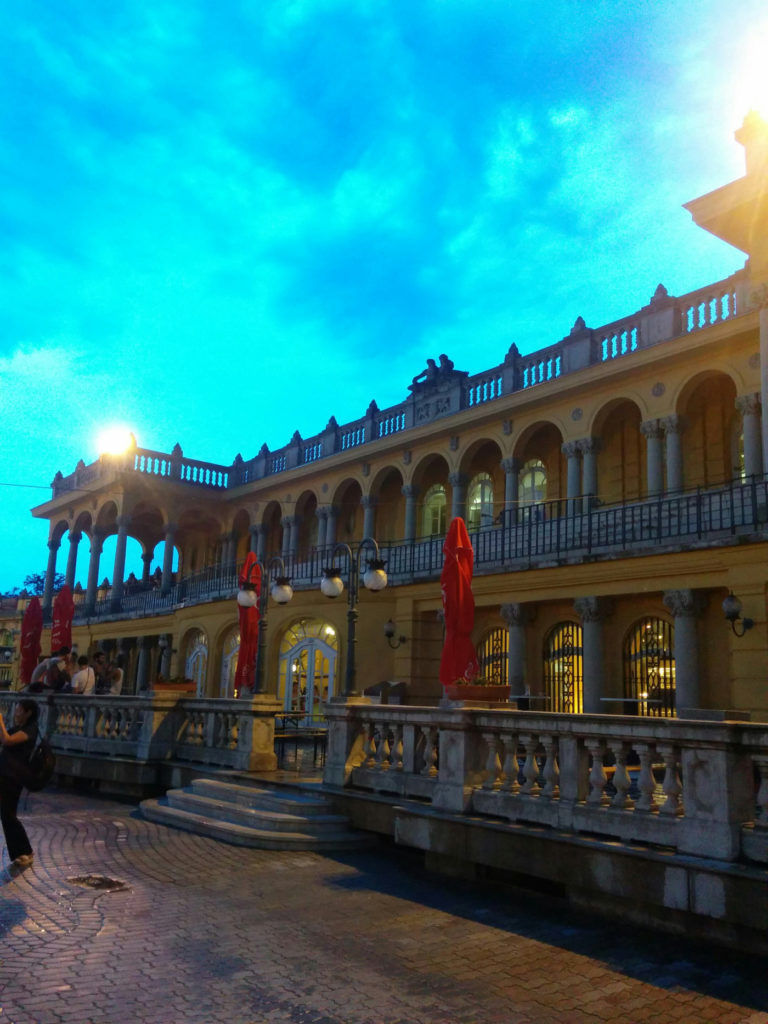 It is safe to say that our Széchenyi spa-day was by far the best of our one and a half days in Budapest! 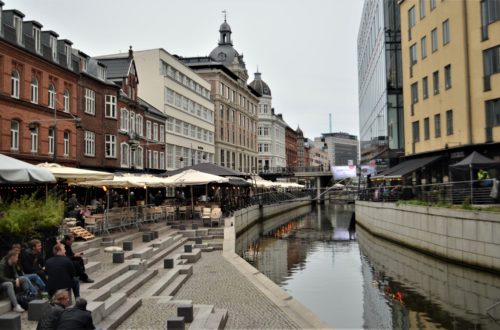 Out and About Aarhus on a Boat 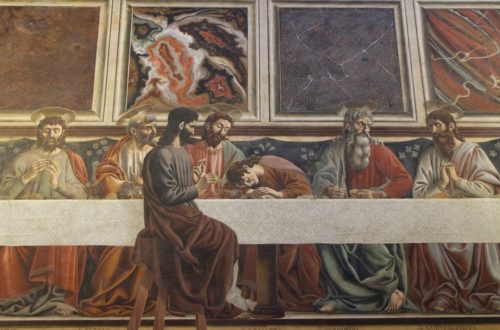 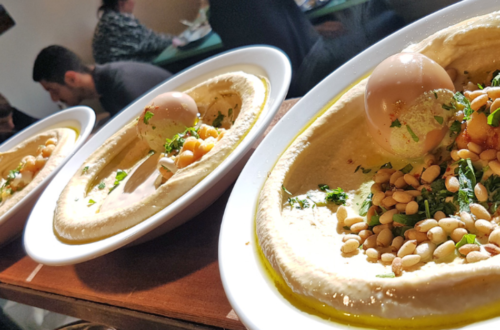