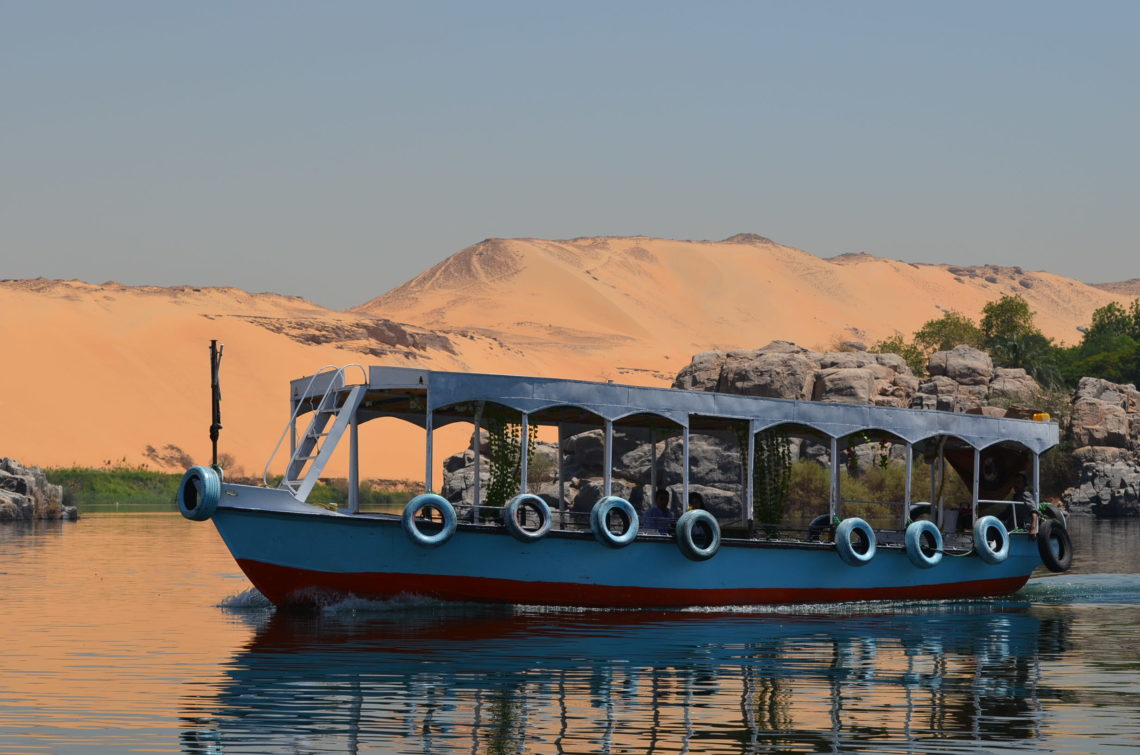 The Nile was all silver, lazily shimmering in the summer sun. Around it the land was bare, golden sands and rocks stretching as far as the eyes could see. This was once the end of the world. Aswan.

Aswan was once the southern frontier of the empire, considered the end of civilisation by the  Egyptians. Also known by its ancient name Swenet, literally translating into ‘trade’, Aswan used to be an important marketplace where goods from the Sahara and its edges were bartered including slaves. It was also a base for military campaigns against Nubia. 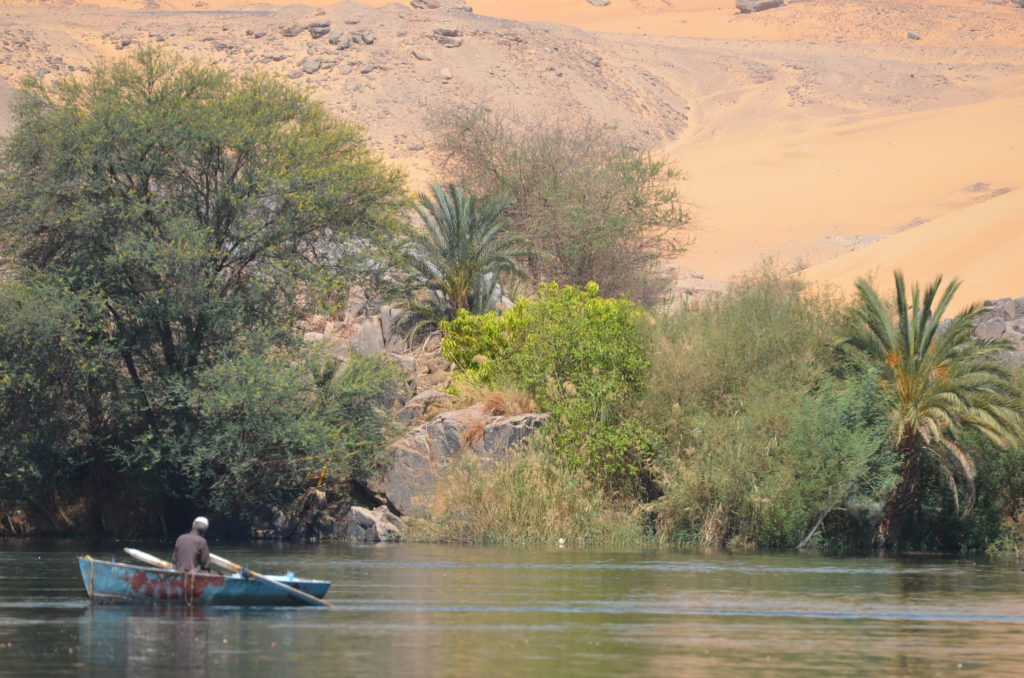 Rich granite found here in abundance was mined and shipped off to different parts of Egypt and the world to be made into sculptures. Gold and ivory was never in shortage here either. A string of temples were built along the Nile which was watched over by their hermaphrodite god Hapi.

Though not as popular as Luxor or Cairo, Aswan is the perfect Egyptian city. It is lazy, slow and oh so beautiful. In fact this city was memorialised in Agatha Christie’s ‘Death on the Nile’ when she came to stay at the (now 5-star) Cataract Hotel  back in the 1930s.

It is the perfect place to sit back and relax.

Getting there: Catch a train from Luxor or Cairo. You can also fly down from Cairo or Luxor – EgyptAir and LotusAir provide daily flights. Local buses also run between Aswan and major cities.

What to do in Aswan:

1. Take a boat to the Philae Temple

A small boat ride from the Aswan harbour will take you to the Philae Temple dedicated to the goddess Isis, one of the most important Egyptian deities. Right in the middle of the Agilkia island in Lake Nasser, it is one of the last pagan temples of ancient Egypt after the arrival of Christianity.

The temple does not lie where it was actually built. When the Aswan High Dam was built in the 1960s, the Philae Temple was relocated to higher ground at its present location because .

Philae (in Greek) or Pilak (in ancient Egyptian) means ‘the end’ and the temple was at the end of the southern frontier of Egypt – the end of the world. 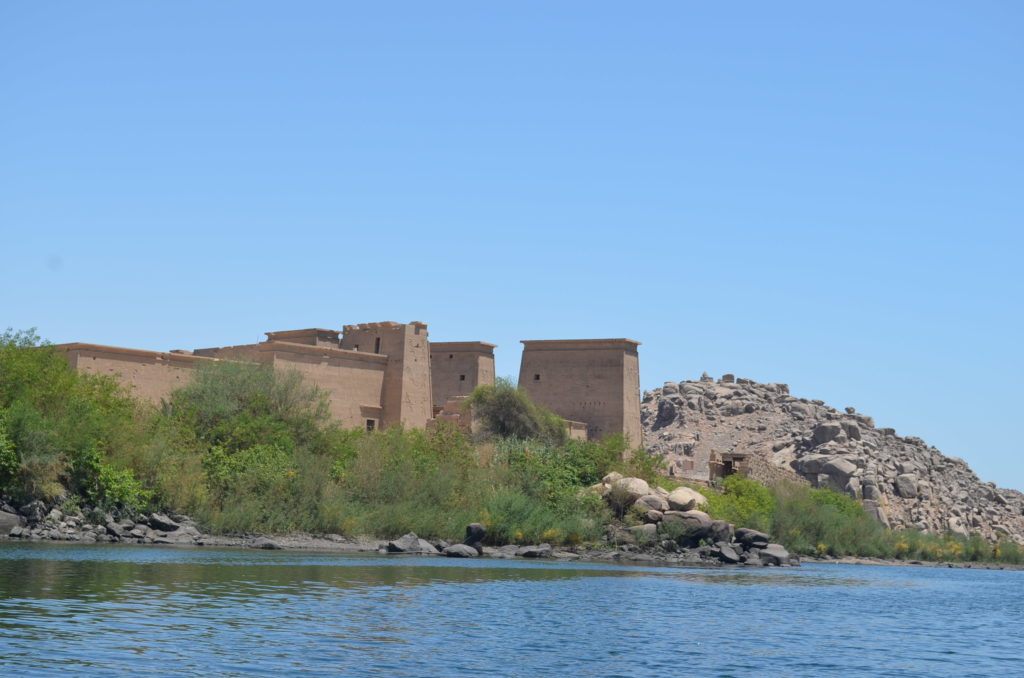 Construction of the temple began under Hellenic emperor Ptolemy II Philadelphus (285–246 BC) and was finished under Roman Emperors. Walk through the high columns filled with hieroglyphics as you make your way to the main sanctuary.

With the advent of Christianity, the Philae temple was vandalised – Coptic Christians have scratched out hieroglyphics depicting ‘pagan’ gods and left their own inscriptions on the temple; later Muslims also added to the ‘vandalism’. 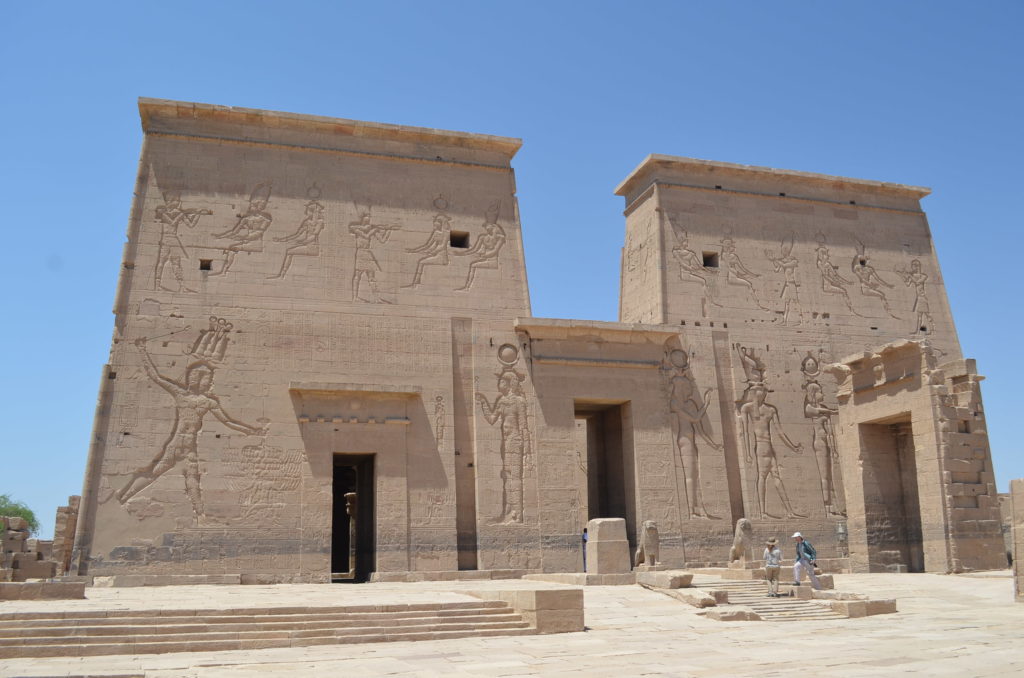 Carved into the ground in one of Aswan’s granite quarries is a large unfinished obelisk. These long, pointed geometrical structures are a regular feature of ancient Egyptian architecture and were built for most temples across the country.

Joined to its bedrock with a height of 42 meters and weight of 1168 tons, this red granite obelisk is peculiar. It could have been the biggest obelisk of its kind to but the masons discovered cracks on and ashamed of their negligence, didn’t complete construction.

Look closely to spot inscriptions on it which are also incomplete. Some say it might have been intended as a ‘partner’ for the Lateran Obelisk which is now in Rome’s Piazza San Giovanni.

If completed, the obelisk would have stood at 120 feet!

3. Take a trip to the Aswan High Dam 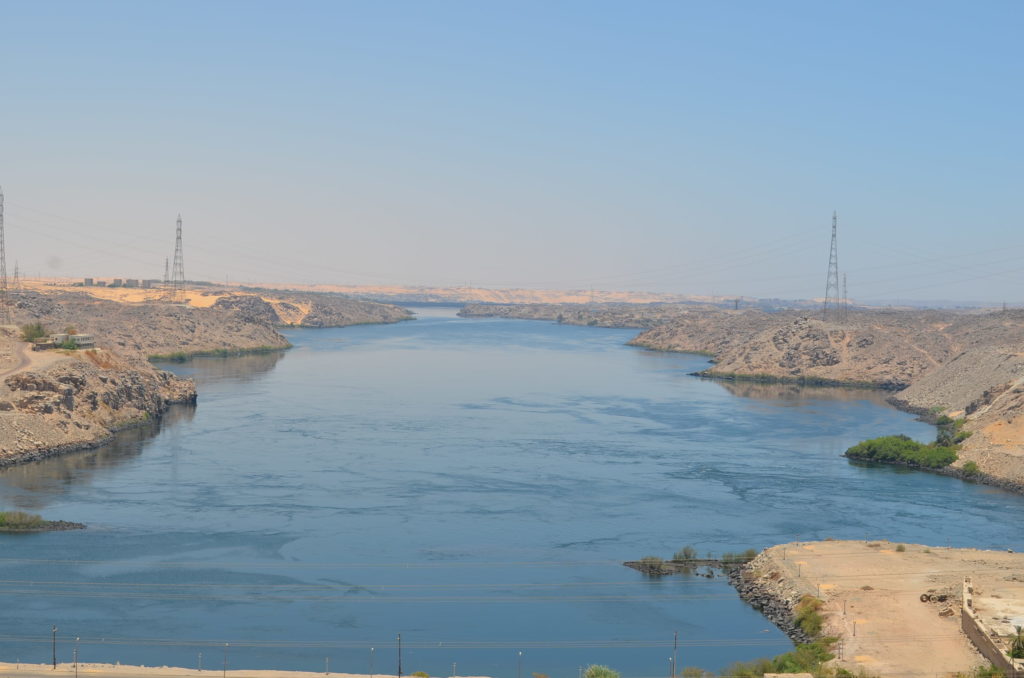 The annual flooding of the of the Nile was once a common feature; it is even recorded in the Bible. Though in the past, the flooding had bought nutrients its East African drainage basin to make the land fertile, it was becoming a problem as Egypt’s population grew.

It was between 1898 and 1902 that the British constructed the first dam. But it wouldn’t stop the flooding. 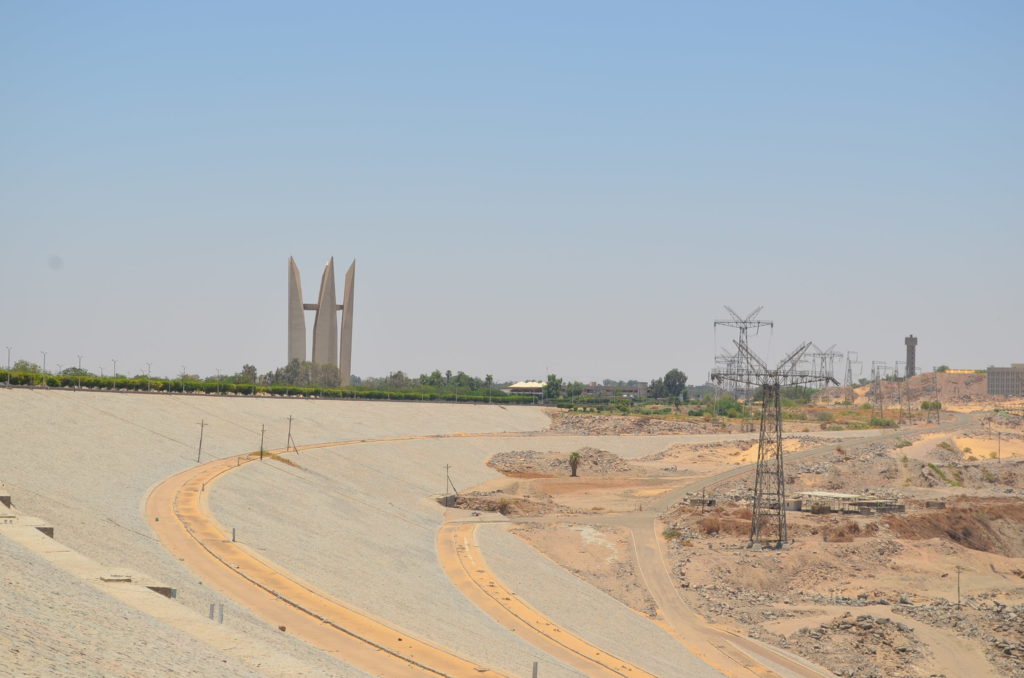 Today, the new (controversial) Aswan High Dam contains more than 18 times the material used to construct the Great Pyramid. Built during the 1950s and completed in 1971 during President Gamal Abdel Nasser’s reign (with Soviet help), the dam today is the source of hydropower for the entire country; it is also created the world’s largest artificial lake, Lake Nasser.

Though the dam has helped farmers by stopping the annual flooding, it has also deprived the region of its nutrients. The artificial fertilisers now being used are damaging the monuments located along the Nile.

Aswan’s marketplace is as interesting as the rest of the city. The narrow streets are reminiscent of the middle eastern bazaars in Tintin comics. They also look really Indian! 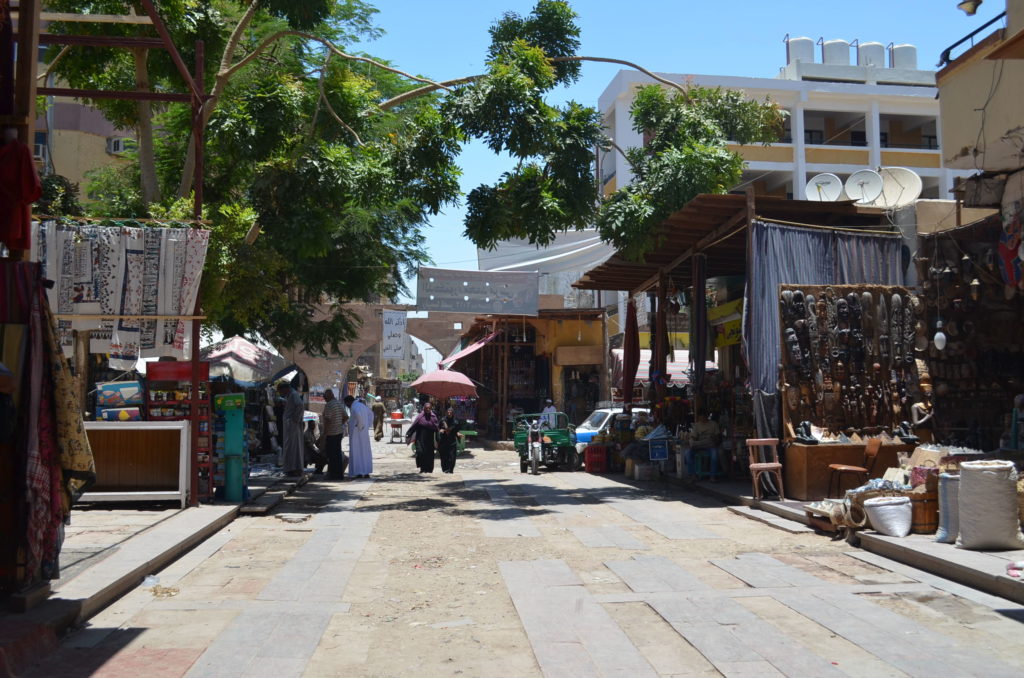 Spices are kept outside the stores in large plastic uncovered containers, trinkets sparkle down from lines hanging in front of the stores, customers haggle, a man stops his old car in the middle of the road and walks off nonchalantly – it is a confusing medley of the real life of the average Egyptian, far removed from the tourist-hogging guides at the harbour a few meters away.

5. Soak in the sunset onboard a felucca

End your trip to Aswan with a ride on a felucca, typical Egyptians boats with long masts which can be seen harboured on the Nile. 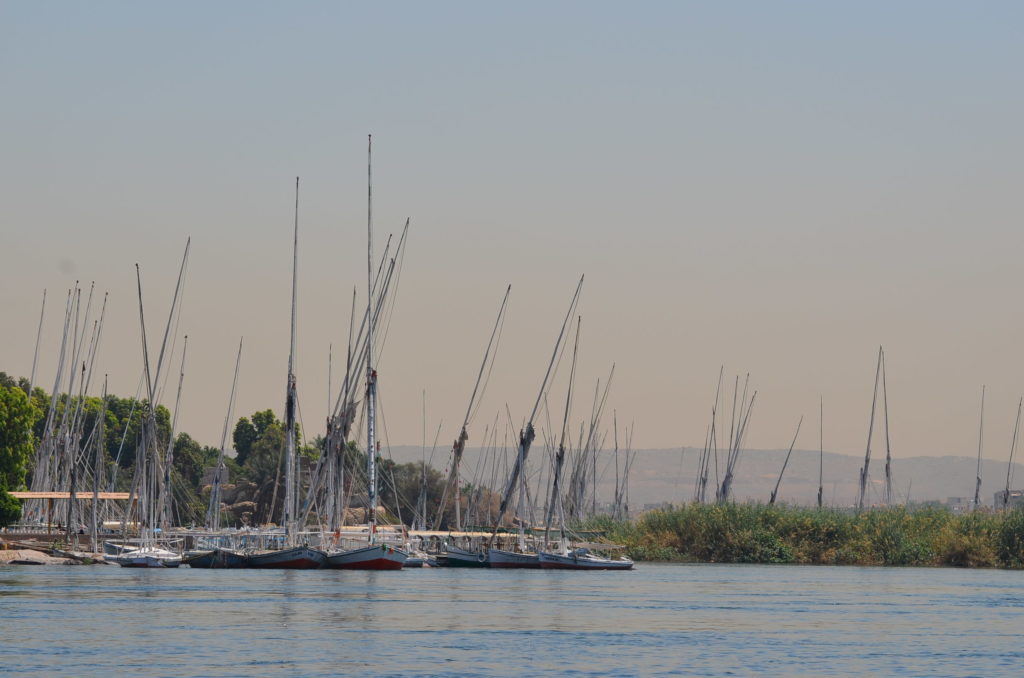 Feluccas were used as a primary mode of transportation in ancient Egypt. Back then, they lashed together thousands of small wooden planks using ropes made of natural fibres or grass and added a sail on top of a wooden mast. They depended on the wind and would use oars only when there was none.

Now of course they are completely modernised although they still depend on the wind to propel them. 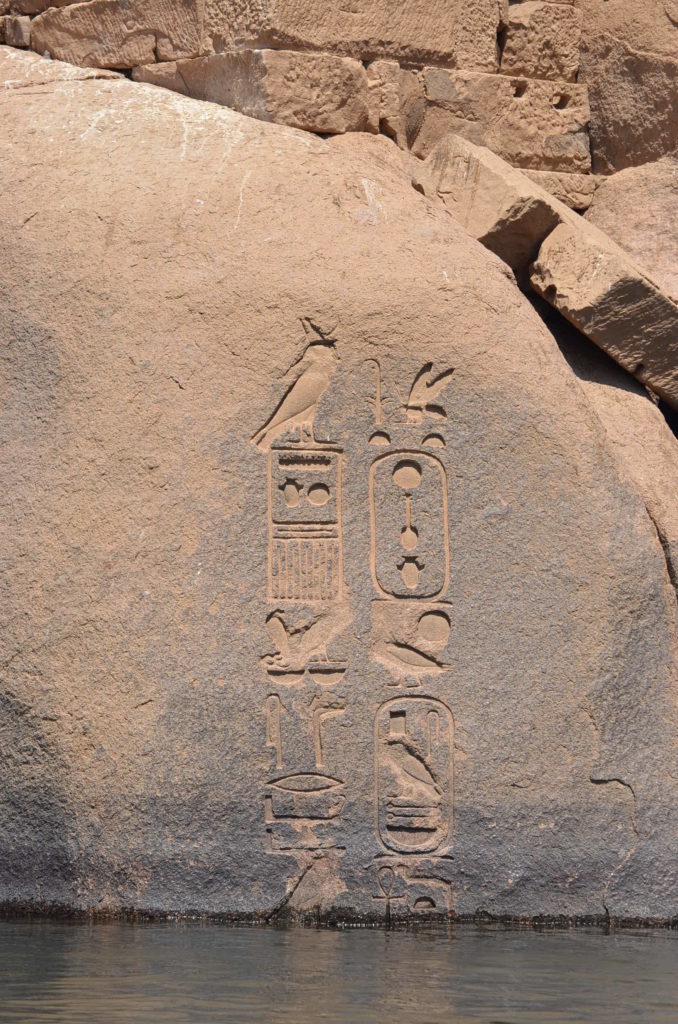 So climb aboard one. The ‘captain’ and the ‘cook’ will welcome and entertain you while you kick back and relax and watch the beautiful sun set over this eternal city, just like it did so many thousands of years ago. 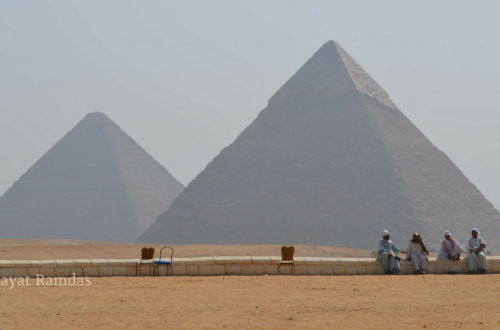 Chaotic Cairo – Top Things to do in the Egyptian Capital